Get fresh music recommendations delivered to your inbox every Friday.
We've updated our Terms of Use. You can review the changes here.

I Won​’​t Go Home ’Til Morning 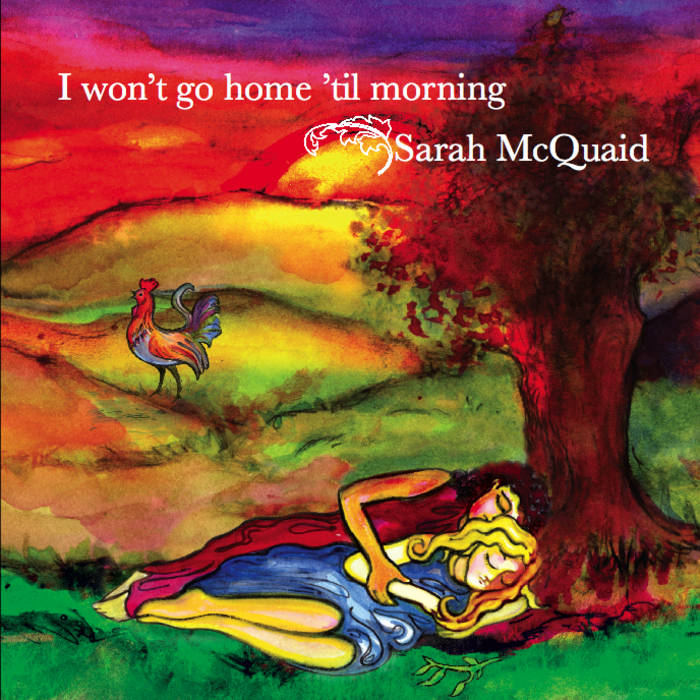 My mother never performed professionally, but she had a lovely natural style of singing and playing guitar. She grew up in Chicago, and as a teenager she spent her summers volunteering at Quaker work camps run by the American Friends Service Committee in Kentucky and other parts of Appalachia. I believe that’s where she first became acquainted with the music of Jean Ritchie, Peggy Seeger and other folk singers and song collectors.

My mother died in January of 2004, and it’s only since then that I’ve developed the urge to revisit the songs she and I used to sing together when I was a child. When I discovered traditional Irish music at the age of 18, it had such a powerful impact on me that for many years I had no interest in singing or playing anything else. My first album, When Two Lovers Meet, consisted entirely of traditional Irish material, bar one song that I wrote myself.

I still love Irish music, but in recent years I’ve been turning more and more to the Southern Appalachian songs and tunes that I grew up with. I can’t help feeling that this is part of a cathartic process that has to do with my mother’s death, the births of my son the year before she died and my daughter the year after, and the fact that I’m now living, with my husband and children, in what was once my mother’s house.

All the songs on this recording have powerful emotional resonances for me, and all are connected one way or another to my mother, so it’s appropriate that I dedicate this album to her. I miss her more than I could ever express in words, and it will always be a source of great sorrow and regret to me that she and her grandchildren never had the opportunity to get to know one another.

Back in 1997, I made my aforementioned debut CD in Trevor Hutchinson’s home studio in Glasnevin, Dublin, with Gerry O’Beirne producing and Trevor at the controls. A decade on, I returned to the same place to record the follow-up with the same team. I’m so very glad that I did. Gerry and Trevor, I can’t thank you enough. Thanks also to Liam, Máire and Rosie for their contributions; it’s an honour to have five musicians of such a high calibre on my album. Thanks to Mary Guinan, my son’s godmother and my great friend, for her lovely artwork and design and for letting me use her Dublin flat as a crash pad during the two weeks of recording. Thanks to Alastair for the photos and to Sander for the mastering. And infinite thanks to my husband, Feargal Shiels, for his patience, tolerance and love. Eli and Lily Jane are lucky children to have you as a dad.

Since making this recording I’ve had a beautiful new guitar made for me by Andy Manson (www.andymanson.com), but at the time I was still playing my 1965 Martin D-28, which I’ve owned for almost two decades and still love dearly. Both guitars are fitted with Fishman Matrix pickups, and when playing live I use a Trace Elliott Acoustic pre-amp. The strings I use, again on both guitars, are made by John Pearse (www.jpstrings.com); I use his 80/20 Bell Bronze set, Medium gauge – .013 to .056 – and would highly recommend them to any player.

“One of the most instantly recognisable voices in current music … Shades of Joni Mitchell in a jam with Karen Carpenter and Lana Del Rey.” —Neil March, Trust The Doc