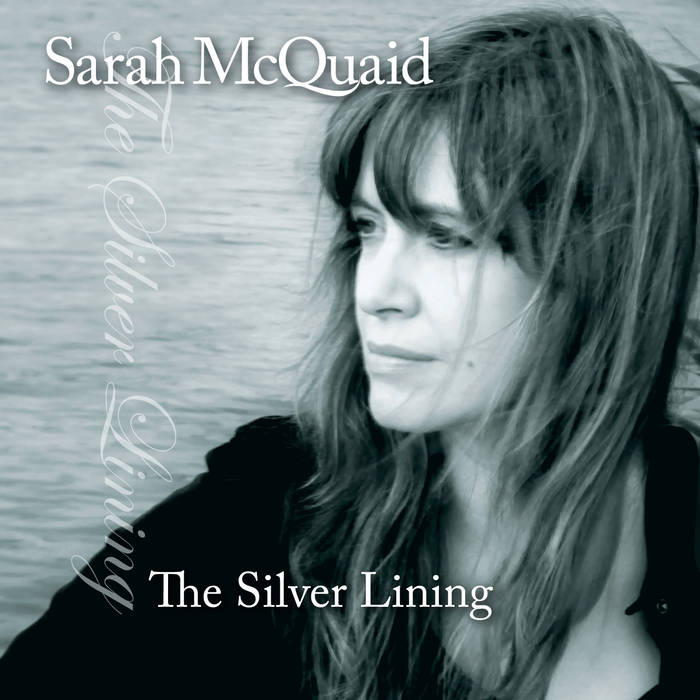 The Silver Lining is the first single from Walking Into White, the fourth solo CD by Sarah McQuaid, featuring three tracks taken from the album: an upbeat original song, an original guitar instrumental and a cover of Ewan MacColl’s “The First Time Ever I Saw Your Face”.

Coming from outside the folk world and having never worked with Sarah before, Adam and Jeremy found and nurtured the raw edge and intensity that have always been present in her live performances, while their occasionally unorthodox recording methods (a mini-cassette recorder mounted on a microphone stand, for example) bring out a striking intimacy and immediacy in both her vocals and her guitar sound. Recorded and mixed in just under three weeks, Walking Into White is by far the most personal and emotional album Sarah has made to date.

“I am constantly amazed / By the providential nature / Of the choices that I didn’t think I made,” Sarah sings in the opening lines of the single’s opening track. Coming in at just over two minutes long and fuelled by the driving undercurrent of Adam’s drums and Jeremy’s electric bass, with Gareth Flowers’ soaring trumpet bringing it to a stirring climax, “The Silver Lining” is probably the closest thing to a pop song that Sarah’s ever written. The message it carries is one of hope and optimism: “I don’t mind the sun not shining / I can see the silver lining / Through the rain.” Life is full of surprises, and even the bad ones can turn out to be for the best.

Up next is Sarah’s cover of “The First Time Ever I Saw Your Face”, the classic Ewan MacColl love song made famous by Roberta Flack’s unforgettable rendition on the soundtrack of the film “Play Misty For Me” in 1972. In this stripped-down version for solo guitar and voice, Sarah daringly makes the song her own, breathing out MacColl’s beautiful lyrics with such understated gentleness that the closeness is palpable – one could almost call it singing as pillow talk.

The single’s final track is “I Am Grateful For What I Have”, an evocative guitar instrumental composed by Sarah, with Dan Lippel’s classical guitar adding shimmering embellishments and Kivie Cahn-Lipman’s sonorous cello alternating between bowed and pizzicato styles.